The future creator of the Winged Head Liberty Dime and the Walking Liberty Half Dollar was born Dec. 11, 1870 to Gustave Weinmann, a shoemaker, and his wife Katherina (nee Weingärtner) in Durmersheim, a village not far from the capital of the Grand Duchy of Baden, Karlsruhe, Germany. The family lived in Karlsruhe starting in 1877. With his mother, he left Karlsruhe in 1885 at the age of 14 to live in America with a relative in the grocery trade. Some time after his arrival in the United States, he anglicized his name to Weinman, a practice continued by his descendants.

A precocious talent for drawing and modeling in clay led the 15-year-old Weinman to an apprenticeship with Frederick Kaldenberg. This indenture was for five years, during which time he carved utilitarian objects such as mirror frames and smoking pipes out of wood and ivory. Although he no doubt sought the life of an artist rather than an artisan, young Weinman dutifully fulfilled his obligation to Kaldenberg. One year into his training, however, he enrolled in New York City’s legendary Cooper Union for the Advancement of Science and Art. There, and at the Art Students League, he studied drawing. Upon leaving Kaldenberg’s workshop at age 20, he joined the studio of medallist Philip Martiny.2 With this initial exposure to the medallic art, Weinman was inspired to make this his life’s work.

His reputation under Martiny was evidently enough to secure for him the position of assistant director in the studio of Olin H. Warner. The year was 1895, and the sculptor was then just 25. Warner’s premature death less than a year later prompted another move to the studio of Augustus Saint-Gaudens. The Dublin-born Saint-Gaudens was just then achieving the status of America’s pre-eminent sculptor, and this step in Weinman’s career was a prestigious one. It too was cut short, however, with the elder artist’s decision to remove himself to Paris in 1898. Returning just a few years later, Saint-Gaudens would ultimately design the United States eagle and double eagle of 1907. Sadly, he would not live to see his work coined, nor would he bear witness to his disciple’s rendering of the dime and half dollar in 1916.

Following Saint-Gaudens’ departure for France, Weinman joined the studio of Charles H. Neihaus for five years. Neihaus was likewise an accomplished medallist, though not of the stature of Saint-Gaudens. Having paid his dues as student and assistant to others, Adolph A. Weinman went into partnership with Daniel Chester French, another sculptor of renown. French would later go on to have several connections to United States coinage, most of them indirect. In addition to serving on the Commission of Fine Arts, which oversaw the selection of coin designs, adaptations of his work appear on two USA coins. His seated figure of Abraham Lincoln for Washington’s Lincoln Memorial appears in extreme miniature on the reverse of the cents coined since 1959. The half dollar commemorating the sesquicentennial of the battles of Lexington and Concord features his portrayal of the Continental Minuteman. Both coins were executed by other sculptors.

Weinman’s partnership with French came to an end after some two years, at which time he resolved to open his own studio. Among his first commissions was the award medal for participants in the Louisiana Purchase Exposition held at St. Louis in 1904. The many examples of this medal were coined at the Philadelphia Mint, and the reverse of his design is somewhat suggestive of his later reverse for the half dollar. It’s not known whether Weinman’s efforts ran afoul of the Mint’s defensive Chief Engraver, Charles E. Barber, but he was no doubt treading on safer ground in the field of medals rather than coins.

Adolph Weinman’s only other connection to the Mint before 1916 was in his 1905 collaboration with Saint-Gaudens on the inaugural medal for President Theodore Roosevelt. Roosevelt was a great admirer of the elder sculptor, and high hopes were placed on this private commission. The frail Saint-Gaudens, his mind still alive with ideas, drew on his former assistant Weinman to do the actual modeling.3 In opting to portray the president in the style of the great Renaissance medallists, Saint-Gaudens achieved an effect far bolder than that of Barber and George T. Morgan in their officially sanctioned medal for the same occasion. The partnership of Saint-Gaudens’ grand vision and Weinman’s talented hands made for an artistic triumph.

At the suggestion of the Commission of Fine Arts, Adolph A. Weinman was one of three sculptors invited to submit designs for a new dime, quarter dollar and half dollar in 1916. His entries were selected for the smallest and largest coins, while those of Hermon A. MacNeil were to appear on the quarter. The obverse figures for both of Weinman’s coins were derived in part from the bust of Elsie Kachel Stevens that he executed around 1913. Her features appear in closeup on the dime and in miniature as part of a full figure on the half dollar. After many trials and tribulations, the finished coins entered circulation in October 1916 and January 1917, respectively. Despite their popularity with collectors, both coins would succumb within two years of one another to a changing taste in art and to the exigencies of politics. The dime was discontinued after 1945, the half dollar after 1947. The obverse of Weinman’s half dollar was revived in 1986 for the United States Mint’s silver one-ounce bullion coin and thus remains current.

Other notable works by A. A. Weinman include monuments to Abraham Lincoln at Hodgenville, Kentucky and Madison, Wisconsin.4 His “Fountains of the Tritons” decorates the grounds of the state capitol at Jefferson, Missouri, while a statue of Major General Alexander Macomb stands in Detroit. The Museum of the City of New York was graced with his statues of Alexander Hamilton and DeWitt Clinton. Weinman created two allegorical scenes for the 1915 Panama-Pacific International Exposition titled “The Rising Sun” and “The Descending Night.”5 Numerous other works of monumental sculpture bear his signature, as well.

In addition to his two coin commissions, Weinman was highly sought as a medallist. In speaking of his work in this medium, Cornelius Vermeule could not conceal his admiration:

“Weinman’s medals leave no room for doubt that he was an exceptionally talented sculptor. His feeling for subtleties of relief on a small scale, in the framework of a medallic tondo, was most perceptive.”6

Further medallic works include a World War I commemorative for the staff of New York’s Mt. Sinai Hospital and the J. Sanford Saltus Award for Medallic Art, a tribute bestowed by the American Numismatic Society. Fittingly, Weinman himself received this award in 1920. Other recipients whose names will be familiar to students of United States coinage include Victor D. Brenner, James Earle Fraser, John Flanagan and Hermon A. MacNeil.7 Among Weinman’s most widely disseminated works is the Victory Button, presented to all veterans of World War 1.

Adolph A. Weinman died on Aug. 7, 1952, five years after the last of his coins had been superseded by more modernistic designs. Able to look back over a lifetime of remarkable achievements in the art of sculpture, it’s doubtful that he experienced much regret at the passing of his coins from production. In any event, both pieces remained abundantly familiar in circulation for some years following his death. Today, they enrich the cabinets of numismatists worldwide.

Thanks to Holger Martin for contributing research from the Landesarchiv Baden-Württemberg archives. 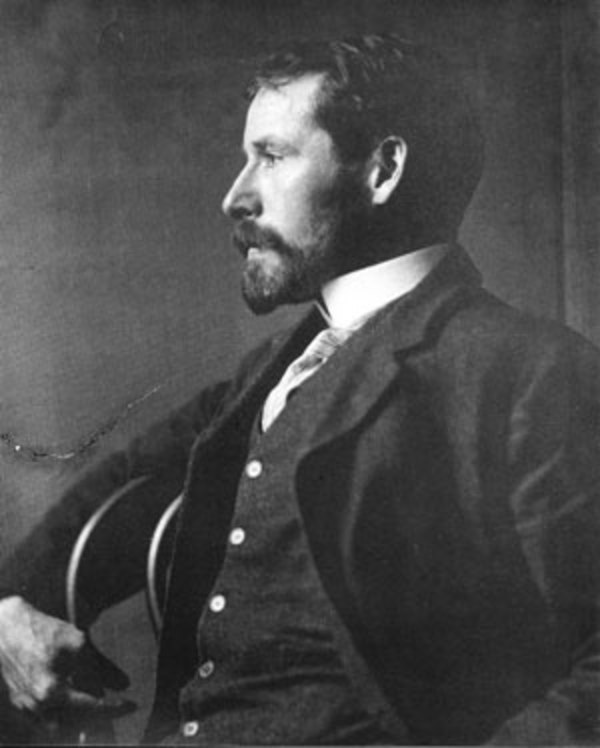