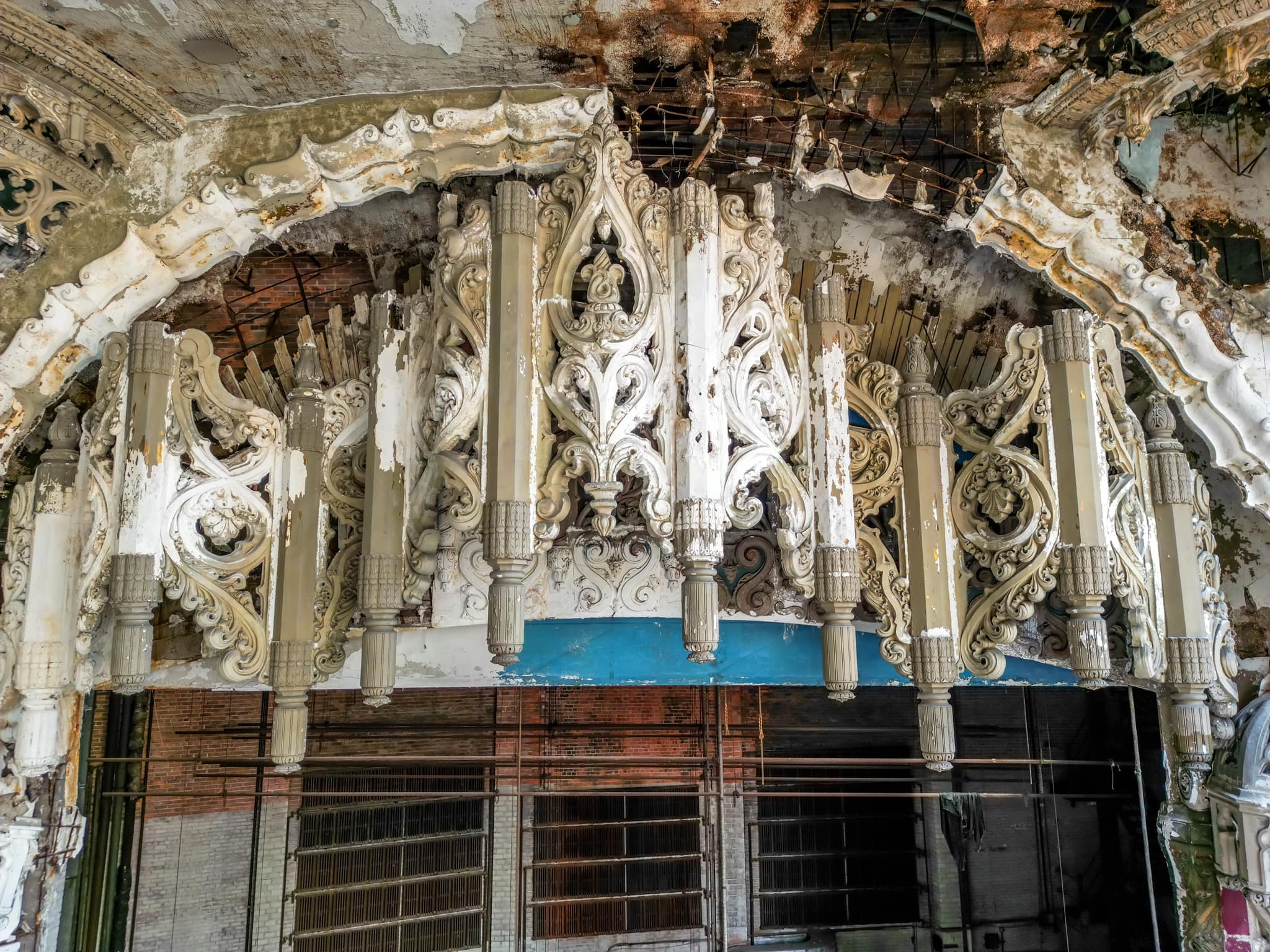 November was a bit busy with the holiday, but we still added several new locations to the site, including the recently renovated Wilshire Apartments in Southwest Detroit, the largely forgotten passenger steamer Ariel and the unknown-to-even-me-until-recently New Detroit Baths in Corktown, in the shadow of Tiger Stadium.

We added a slew of photos of the interior of the Kresge Administration Building, an oft-overlooked Albert Kahn-designed gem, as well as The Whitney, the iconic restaurant housed in the mansion of a Detroit lumber baron. We also finished documenting the demolition of the United Artists Theatre (pictured here), which has now been erased from the skyline. We’ve also added more postcards, as always.

None of it would be possible if it weren’t for our Patreon donors' financial support and generosity, making HistoricDetroit.org a free resource available to everyone. If you're interested in helping support this website, and get some cool donation incentives for it, go to patreon.com/historicdetroit 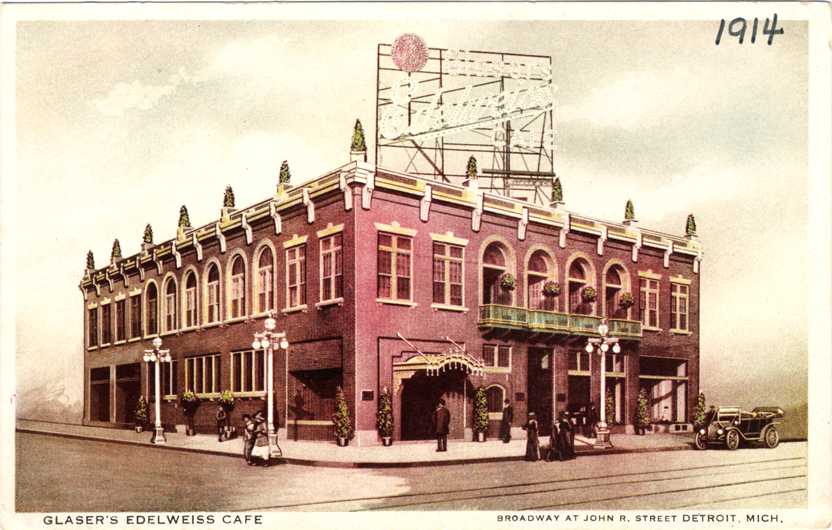 October was a busy one. Last month, we promised you we'd give you two new sites, and we gave you FIVE. We spent a lot of time unfurling the story of the Edelweiss Café, a beautiful Bohemian biergarten that saw the early days of the Kiwanis and even Ty Cobb fisting wienerschnitzel and mugs of bier. We added three churches: Goodwill Community Chapel, Assumption Greek Orthodox Cathedral and Assumption Greek Orthodox. For good measure, we added the Hudson Hotel, a small but stately place that once was home to many of the autoworkers who toiled away in the factories of the east side. We’ve actively been documenting the demolition of the United Artists Theatre. We’ve also added more postcards and photos to our galleries, as always.

None of it would be possible if it weren’t for the financial support and generosity of our Patreon members, who make HistoricDetroit.org a free resource available to everyone. If you'd like to join and get donation incentives, go to www.patreon.com/historicdetroit. 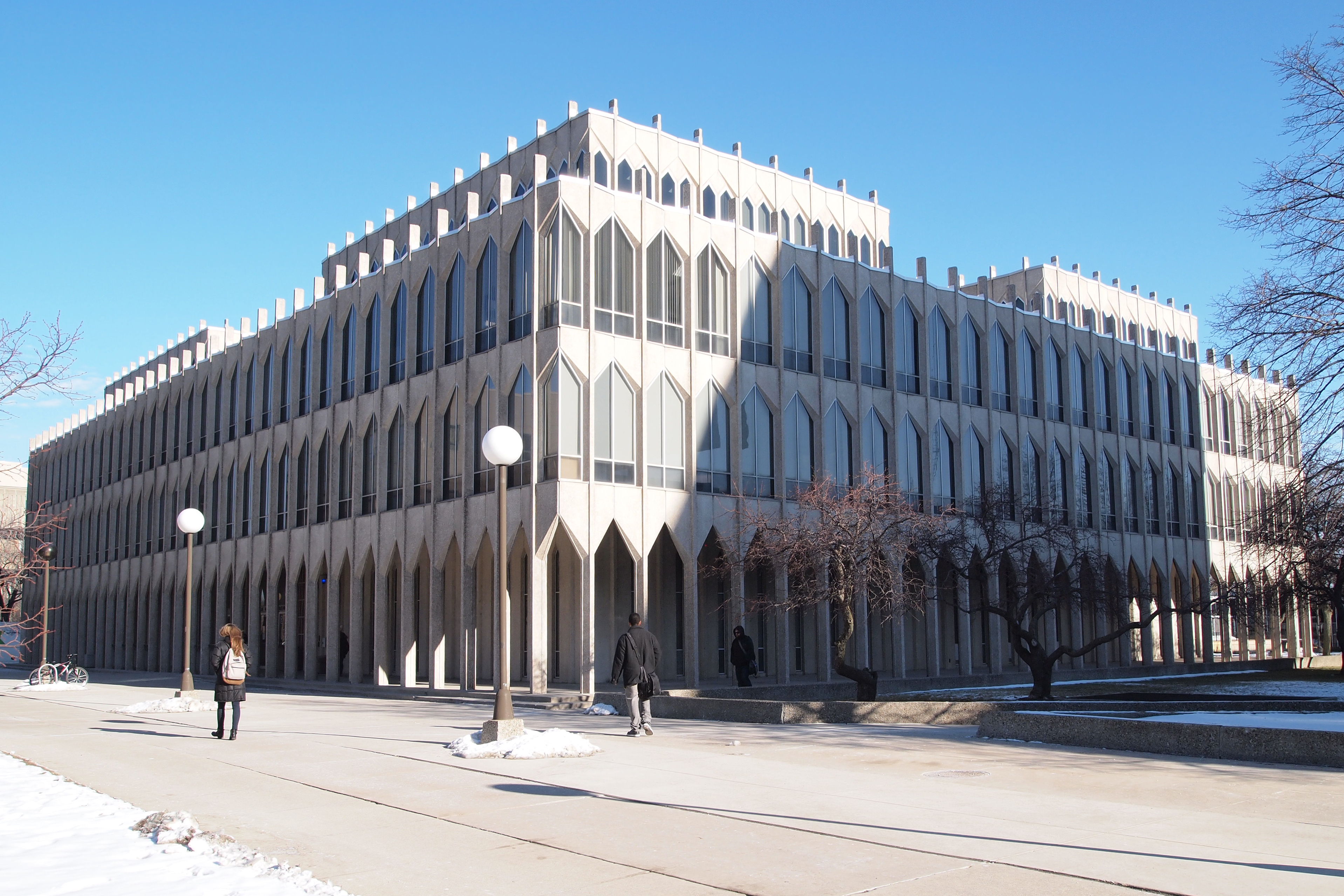 September saw the Yamasaki-designed College of Education Building at Wayne State added to the site. The end of the month also saw the start of demolition on the United Artists Theatre, and we’ve been out documenting the destruction. We’ve added a photo gallery of the demo, including some taken by flying a drone through a hole in the wall to give you one last look before this landmark is reduced to rubble. Other photo galleries added include Trinity Lutheran Church, Holy Redeemer Parish and St. John Episcopal Church, and new photos were added for the Detroit Public Library and Detroit Athletic Club. We have two more histories under way that have taken a lot more investigative work than anticipated. Stay tuned for those in October.

None of it would be possible if it weren’t for our Patreon supporters' generosity, making HistoricDetroit.org a free resource available to everyone. 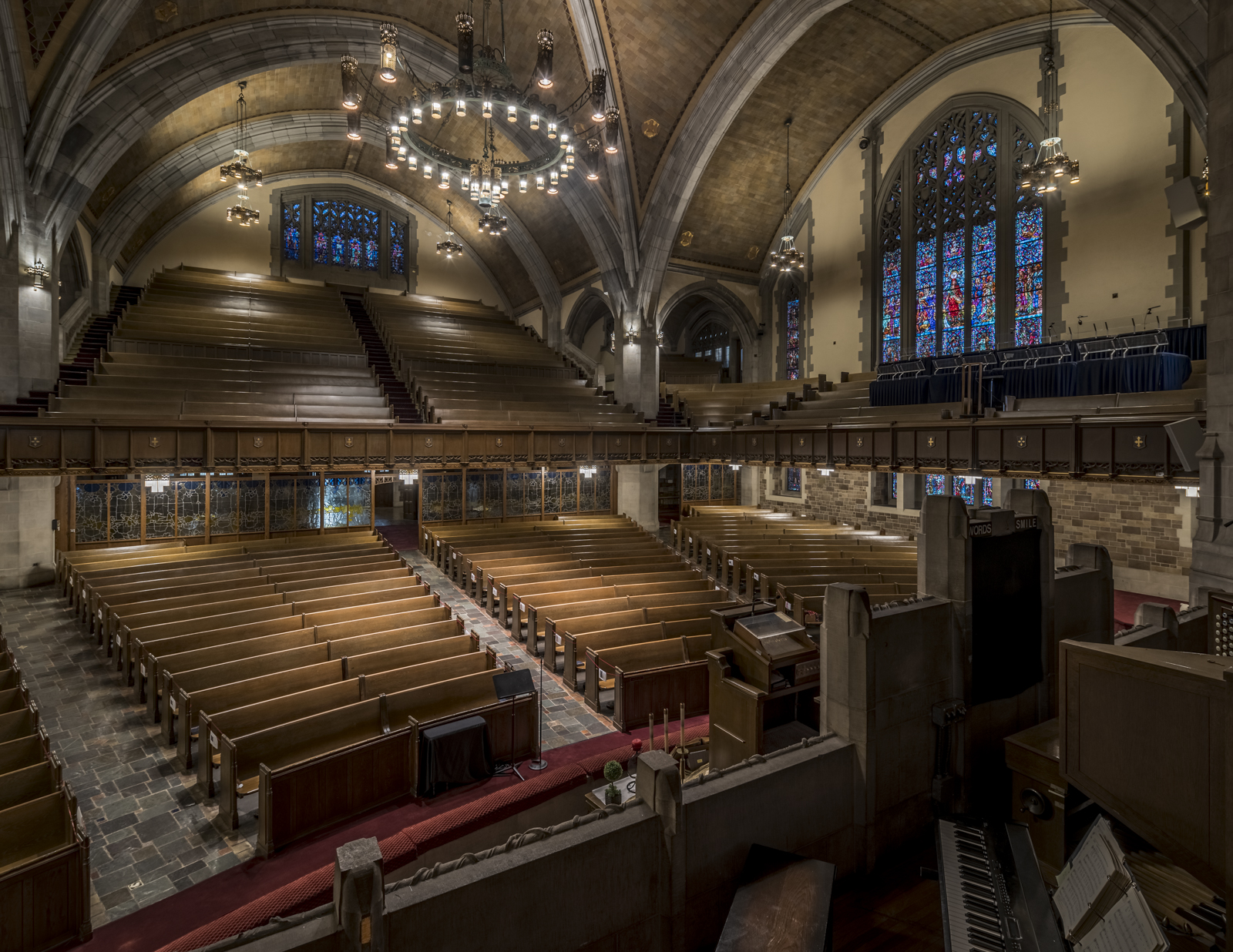 August saw more updates to the site than any previous month in years. For starters, we’ve added three new locations: Metropolitan United Methodist Church and two Greyhound terminals, including a long-forgotten Art Moderne gem on Washington Boulevard. Even more exciting, we have partnered with photographer Helmut Ziewers and added dozens of his images for everything from the Maccabees Building to the Hotel Yorba to Fort Street Presbyterian Church. And we’ve got a whole lot more coming in the months ahead, as well as several new sites. We also added Michigan Central Station construction photos that have never been shared anywhere else, thanks to Michael Rozzo. It’s an exciting time here at HDHQ.

And that’s all thanks to our Patreon supporters for their continued support in helping to shoulder the financial burden of making HistoricDetroit.org a free resource available to everyone. 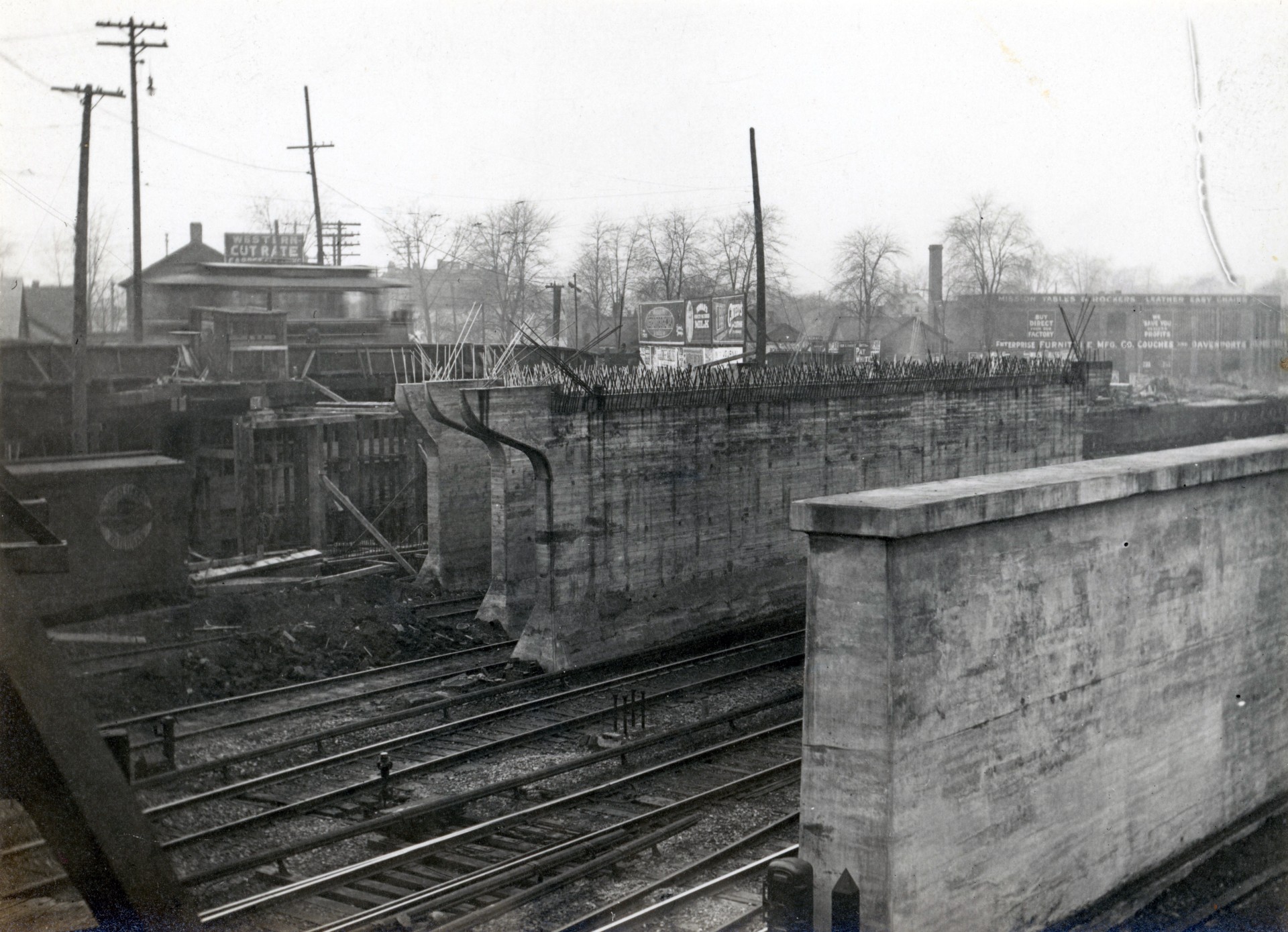 Only on HistoricDetroit.org: Baby photos of Michigan Central Station in Detroit.

Big thanks to Michael Rozzo for sharing photos his dad, Arthur Lyman Sarvey, an assistant chief engineer of the Michigan Central Railroad Co., took of the landmark's construction. 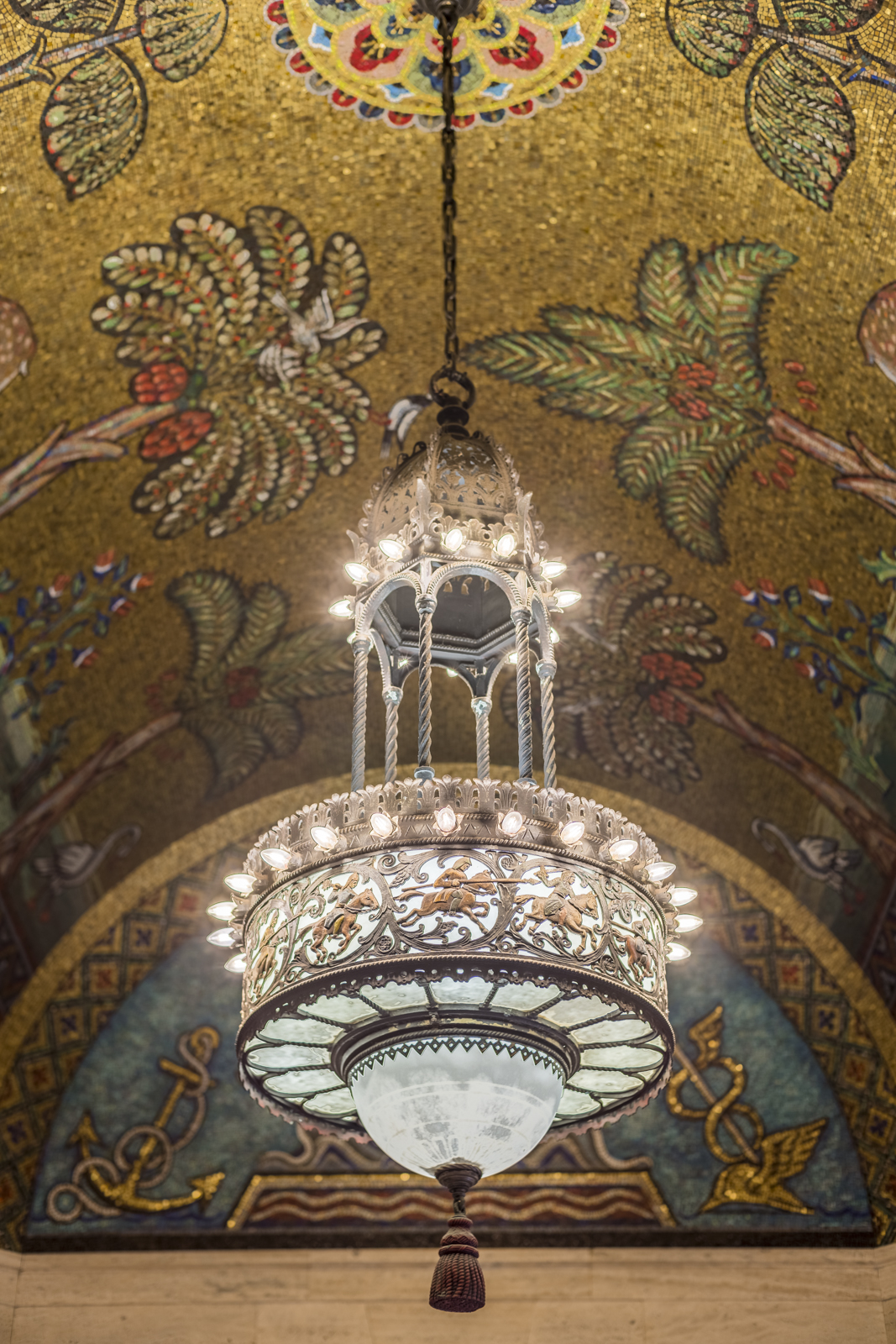 We always encourage metro Detroiters to share their photos of Detroit landmarks on our site. A few have, but even fewer have been as generous with sharing their work as Helmut Ziewers. Helmut takes some incredible shots, and we encourage you to follow him social and check out his website at www.ziewersphotography.com. We've uploaded his work to the pages for the AMC Headquarters, St. Mary's Catholic Church, the Detroit Athletic Club, Lee Plaza, the Cathedral of the Blessed Sacrament and more.

Last month, saw three new buildings added to our website’s ever-growing list of offerings. First up, Andy Brogowicz and I added the old Academy of the Sacred Heart, a site that went from offering up prayers to offering up Packards. Next, I added the stunning Van Dyke Manor apartments in West Village. Finally, many folks don’t know that La Choy foods began in Detroit. When I learned that its old HQ and factory is slated for demolition, Amy Elliott Bragg of The Night Train: Detroit and I teamed-up tell its fascinating story.

But wait, there’s more. We have added photos not only of our new site additions, but dozens of others, too. In fact, there are too many locations to list here.

Thank you to our Patreon supporters for continuing to help shoulder the financial burden of making HistoricDetroit.org a free resource that is available to everyone. 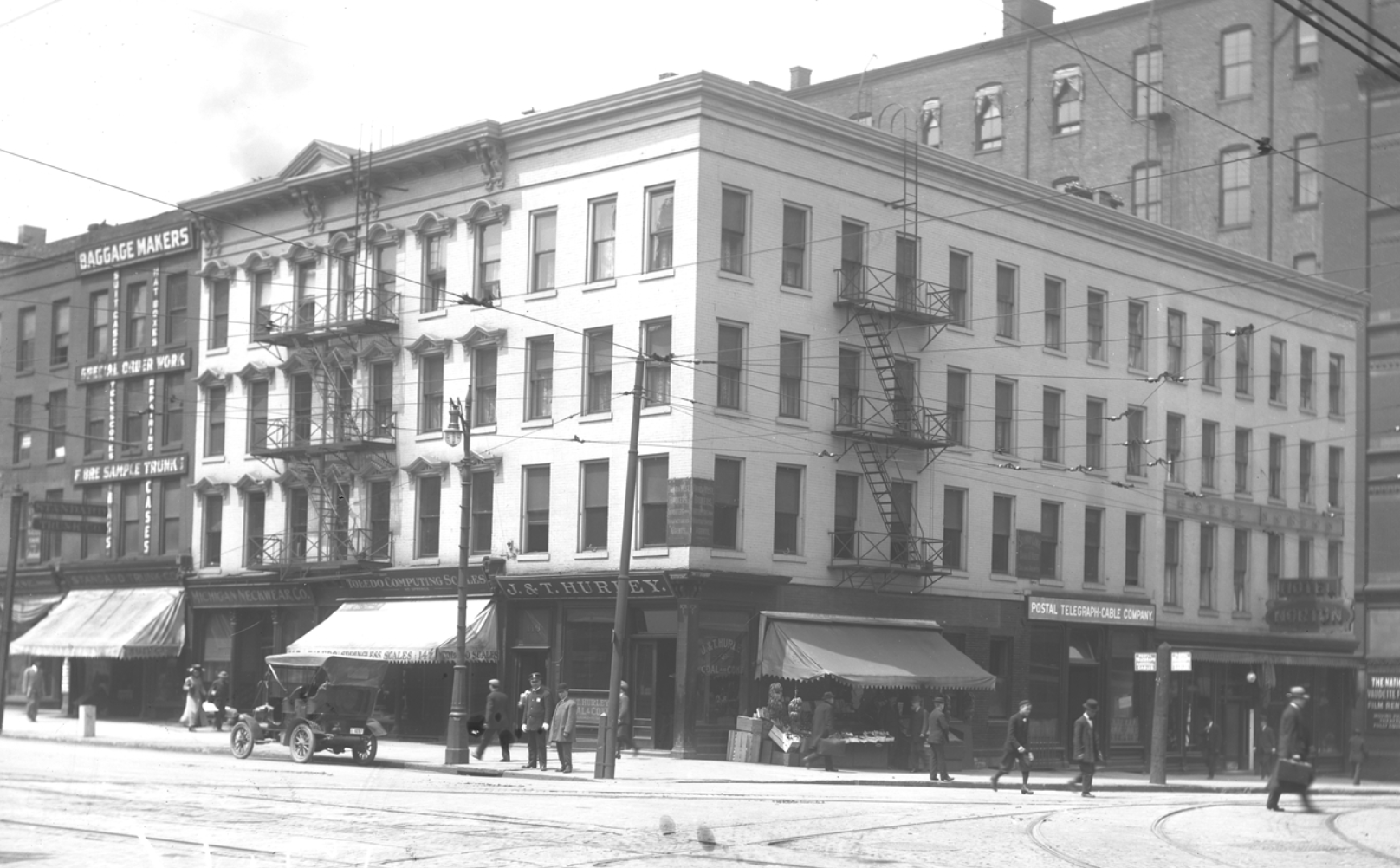 Last month, we added yet another building for which no history existed online or in any publication I’m aware of. The first Norton Hotel was the start of the hotel legacy of Charles W. Norton. We laid out the story of the man and the hotel, including the fact that it was built on top of graves from the original Ste. Anne’s cemetery. We’ve also set out to update a number of buildings’ pages to reflect the last few years of activity, including big ones, such as the Book-Cadillac and Eddystone hotels.

Last month also saw a brief break from adding postcards to focus on photo galleries. They include about 50 photos, both historical and contemporary shots. 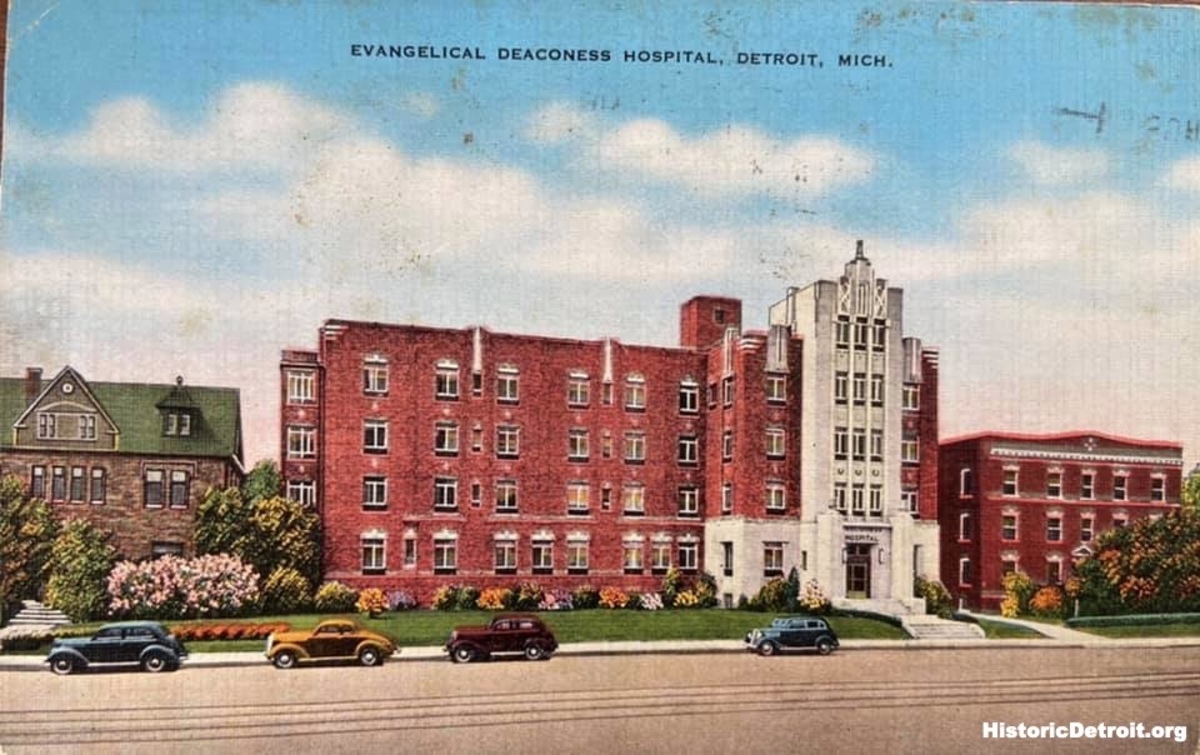 Last month saw me add a building that many have asked about, but of which no history existed online or in any publication I’ve been able to find. The Deaconess Hospital on East Jefferson saw the birth of many Detroiters, but its demise happened without any trace online. We’ve set out to set the record straight on that. Also added was the University of Detroit Mercy Memorial Tower. (Go, Titans!)

I also added about 50 more vintage postcards to the site in the last month. There are now more than 2,500 postcards on the site – and still way, way, way more to go. 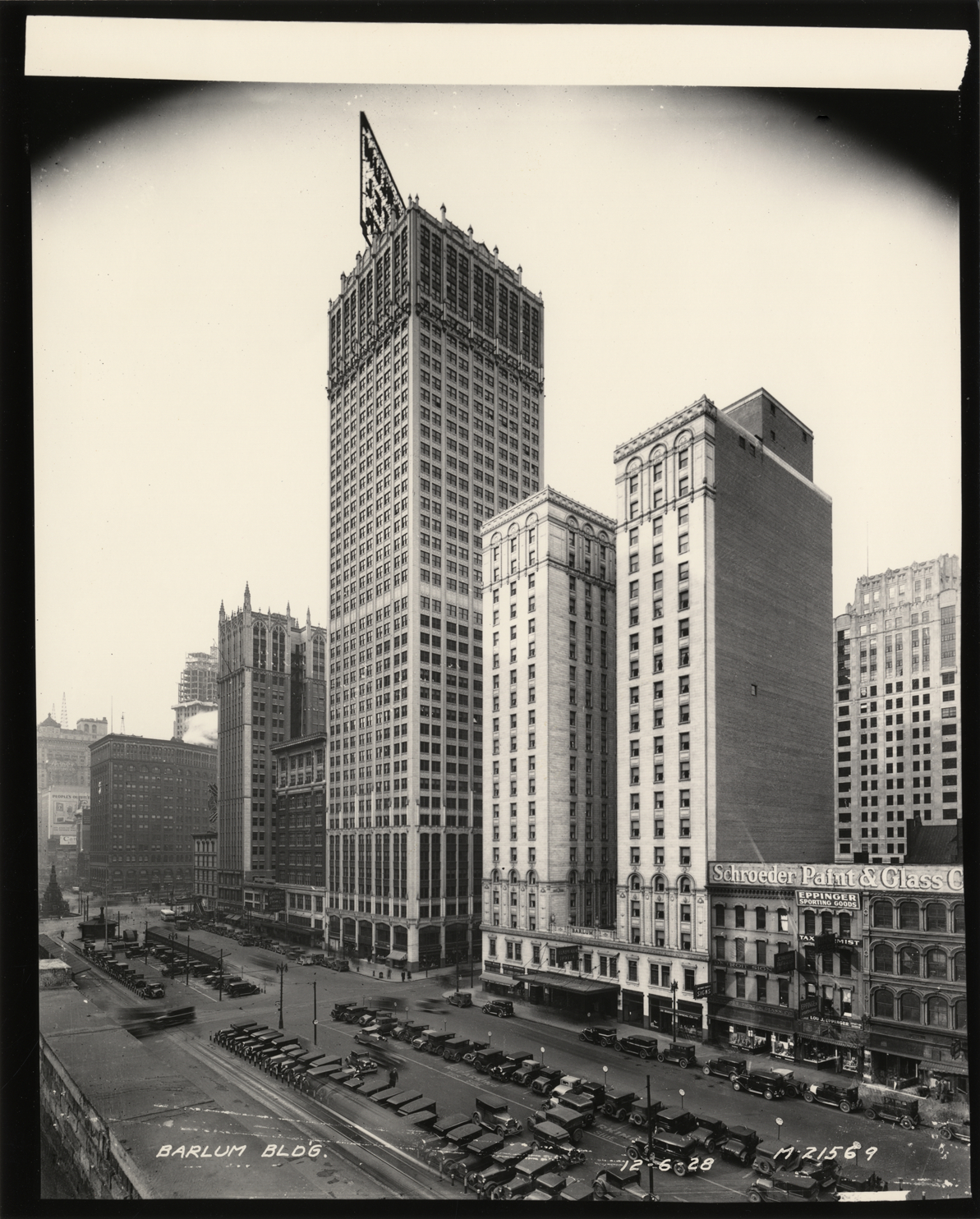 This may be the most extensive update I’ve had for you since pre-COVID. April saw us unveil TWO comprehensive new entries, one of which is a long overdue addition to HistoricDetroit.org. I’ve also added two less-thorough but still decently sized new locations. It's been several months since we've been able to add such significant additions to the site, so I hope you enjoy them.

First, I spent a LOT of time chronicling the history of what is now the Cadillac Square Apartments, opened in 1927 as the Barlum Hotel. Anyone who's been downtown will no doubt recognize it, but few have told its story before. That story includes the ambitions of one of the most prominent, but largely forgotten, developers of downtown in the 1920s, J.J. Barlum. We dive into his story and his mission to redevelop a slice of downtown that meant so much to his family. Barlum did much more than just build white terra cotta-clad buildings; he also ran steamship companies and a bank, and chaired the railways and streetlighting departments. Read all about the Barlum building and Barlum the man at: https://historicdetroit.org/buildings/cadillac-square-apartments

I also wrote what is, as far as I can tell, the only history of the building that the Barlum Hotel replaced, the Burns Hotel. Though it didn't last long, it, too, has a colorful story. The hotel was run by James D. Burns, a sheriff, a brickmaker and the owner of the Detroit Tigers responsible for gaining the team's admittance to the American League. Burns and his hotel's story are here: https://historicdetroit.org/buildings/burns-hotel

I also added the Helen Newberry Nurses Home and the old Detroit Police HQ that once stood where the Water Board Building is now. We’ve got more in store.

There also have been about 50 new vintage postcards added to the site of various places, mostly downtown. I want to get a few more sites added before switching over to expanding the photo galleries. As always, if you have photos you’d like to share on the site, I’d love to have them. I’m just one guy running the whole site – and I’m decidedly NOT an accomplished photographer.

And our Patreon supporters have helped make all of this possible. Thank you for your continued support in helping to shoulder the financial burden of making HistoricDetroit.org a free resource that is available to everyone. 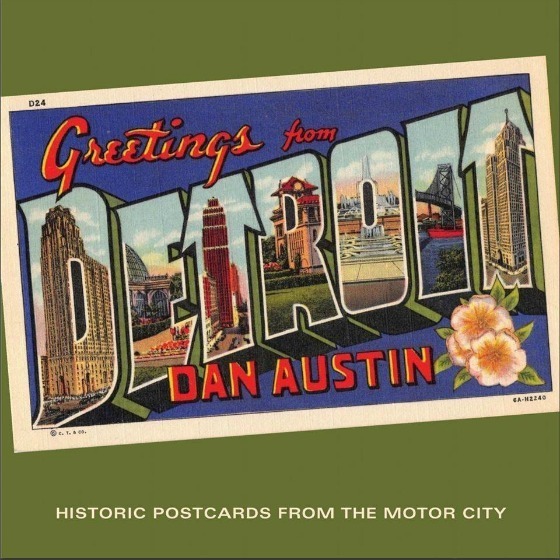 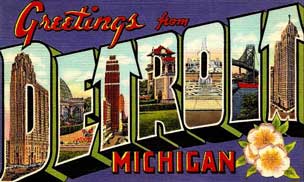 View our archive of

You can help tell Detroit's history