Harold Ellington was born in Chicago in 1886. His parents came over from England. As a student, Ellington worked in the Chicago Engineering Department, gaining industry experience. He graduated with a bachelor's degree in civil engineering from the Armour Institute (now the Illinois Institute of Technology) in 1908. He went to work as a chief engineer for the Standard Concrete Construction Co. before coming to Detroit in 1912 to become the plant and construction engineer for Stroh Brewing Co. He became known for innovative design solutions, but with Prohibition, he was forced to look for other work and hooked on with the Book brothers, who would go on to build up Washington Boulevard and the Book-Cadillac Hotel.

When the Book brothers bought the old Cadillac Hotel, they had architect Alvin Harley handle renovations with Ellington overseeing the work. This is likely where Ellington and Harley met and formed a friendship that would lead them to become partners later on. While working with the Books, he got experience working on the Washington Boulevard Building and the Book Building.

In 1919, Ellington formed his first firm with engineer Joachim Giaver and architect Frederick Dinkelberg. Giaver and Dinkelberg had worked for a master architect, Daniel H. Burnham, in Chicago. The firm -- known as Giaver, Dinkelberg and Ellington -- set to work, designing the Stroh Building, now known as the Grand Park Centre, on Grand Circus Park. They also did the Bank of Detroit Building on Fort Street. But the firm dissolved four years later when Giaver and Dinkelberg decided to focus on their Chicago practice.

Ellington quickly formed an architectural firm with William C. Weston, Weston & Ellington. This firm was short-lived but would create such gems as the Metropolitan Building, the Wardell Apartments (now known as the Park Shelton), the Sarah Fisher Children's Home complex and the Hotel Fort Wayne (also known as the American Hotel).

After Weston died in 1932, Ellington teamed up with Harley to form Harley & Ellington, Architects and Engineers. Their headquarters were in the Stroh Building that Ellington had helped design, and they continued to do a lot of work for breweries. Ellington was elected president of the Detroit Engineering Society in 1934. The firm started taking on jobs outside of the state in 1936 and within two years were designing breweries and mausoleums from Windsor, Ontario, to Washington, D.C.

Clarence E. Day Sr. would join the firm and was made partner several years later, changing the firm's name in 1943 to Harley, Ellington & Day. The firm would be responsible for the southern and northern additions to the Detroit Institute of Arts, as well as the renovations to the Union Depot in Detroit. The firm also landed what is now known as Coleman A. Young Municipal Building.

He died in March 1964 at age 78. He was cremated and his remains are interred at the White Chapel Memorial Cemetery in Troy, Mich. 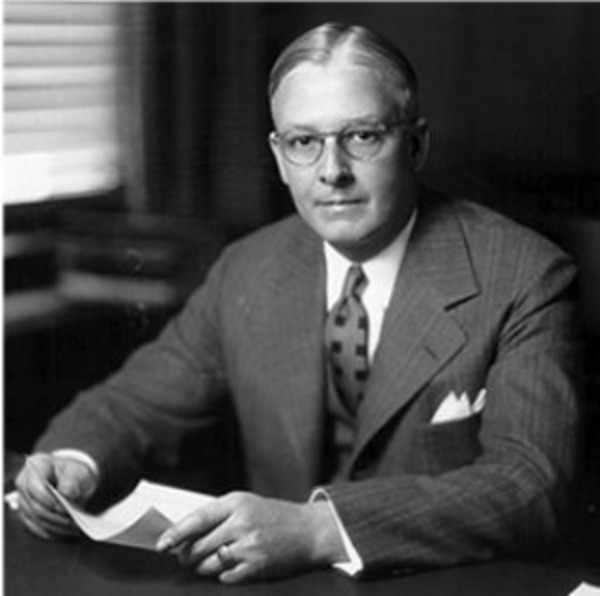