Henry T. Brush practiced in Detroit in the latter part of the 19th century. He was born on Aug. 9, 1849, in Detroit, the son of Amanda Brush; his father was from Canada and died by the time Henry was 11. Amanda remarried William Cicero Grant, who was instrumental in the early education of Henry and his older brother, James. Grant was a mathematical instrument maker.

Brush started working in 1868 at the age of 18 as an architect and draftsman in Detroit. In 1872, Brush took a job at the Detroit architectural firm J.V. Smith & Co. The next year, he moved to the firm of Porter & Watkins for a short time before he and Hugh Smith formed their own company.

Brush designed the Orchard Lake Chapel in Orchard Lake, Mich., which was dedicated on July 18, 1874. Colin and Caroline Campbell had the chapel built on land donated by Peter Dow. Because the Campbells were the parents of Brush's first wife, it is likely that they gave their son-in-law one of his first commissions.

In 1876, Brush married Charlotte M. Grosvernor. The next year, their first and only child, Frederick F. Brush, was born.

In the second half of 1875, Smith and Brush split and formed separate firms. George D. Mason started his architectural career with Smith’s new firm in order to learn cornice design, but that lasted only a summer. By fall, Mason had moved to Brush’s firm, which he thought would provide better opportunities. Brush’s firm must have initially struggled, either from the split with Smith, or the ongoing economy, seeing that Mason worked for nine months there without pay. In 1878, Mason left Brush's firm. That same year Brush formed a new partnership with John M. Donaldson. Brush and Donaldson remained partners until Brush's death. Donaldson would go on to found one of the city's most important architectural firms, Donaldson & Meier.

During the late 1870s, Brush suffered from chronic bouts of depression because of the loss of his first wife and his struggling business caused by the economic upheaval of the Panic of 1873. On July 15, 1879, at about 2 p.m., after lunch with his family, he proceeded up to his workroom in his house on 157 Wayne St. (known today as Washington Boulevard) in downtown Detroit. A while later, his wife checked on him, and he seemed fine, consulting books and working on some drawings. Upon her leaving, Henry removed two revolvers from the desk drawer. He placed the two revolvers in his mouth, one belonging to himself and one to his wife's father, and discharged them both simultaneously. He was only 29 years old.

Charlotte married Donaldson, Brush's last business partner, in 1882, and the two raised Fredrick as well as two children of their own, Alexander and Bruce. Annie Frances, the daughter from Henry's first marriage to Jeanie Flora Campbell, was raised by the Campbell family in Orchard Lake, Mich.

Brush is buried next to his first wife, mother and stepfather at Woodmere Cemetery in Detroit.

Very little of Brush's work remains today. The most prominent structure still standing is Central Hall at Hillsdale College in Hillsdale, Mich. The only other known survivors are the Ransom Gillis Home in Detroit and Orchard Lake Chapel. While he built in the neighborhood, Brush has nothing to do with Brush Street or Brush Park in Detroit.

• Residence of L.L. Farnsworth, corner of Woodward and Frederick, Detroit, (1876)

• Residence of Mrs. Willson, at the corner of High and Clifford Streets, Detroit 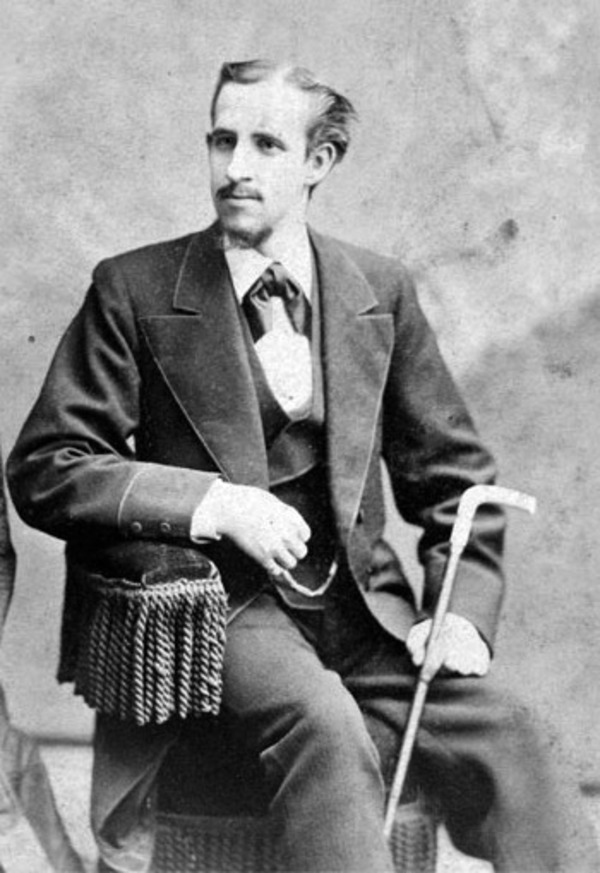