J. Robert F. Swanson was a modernist and architect of the Flynn Memorial Pavilion on Belle Isle and buildings at Cranbrook in Bloomfield Hills, including the Cranbrook Academy of Art. He was also the son-in-law of Eliel Saarinen.

Below is a biography from Cranbrook:

Jons Robert Ferdinand Swanson (Bob) was born on June 14, 1900, in Menominee, Mich., to Swan Swanson, a lumberjack, and Anna Nordquist, both of whom were natives of Sweden. The Swanson family moved from northern Michigan to Grand Rapids, and later to Adrian, Mich., where Bob graduated from high school.

Eva Lisa Saarinen (Pipsan) was born in Kirkkonummi, Finland, on March 31, 1905. Pipsan was the daughter of Eliel Saarinen, an internationally distinguished architect, and Loja Gesellius, an accomplished sculptor, weaver, fabric and textile designer. Pipsan attended the Atheneum Art School and the University of Helsinki where she studied weaving, ceramics, and fabric design.

Bob was a student of architecture at the University of Michigan, Ann Arbor when he met Pipsan through her father, who was a guest faculty member. Bob also met and became a close friend of Henry (Harry) Scripps Booth. In 1924, after graduating, Bob and Harry began work at Cranbrook and created the architectural firm of Swanson and Booth. The firm for many years also included Eliel and his son Eero.

Bob broke away to establish his own firm of Swanson Associates, and in 1933, moved the firm to the Guardian Building in downtown Detroit. It was at this time that Pipsan joined Bob as interior designer. Eliel was a partner for a number of years as the company developed. Pipsan became a partner in 1944. Notably, theirs became the first architectural firm that included interiors as part of the organization.

In 1935, the firm moved to the Wabeek Building in Birmingham, and in 1946 relocated to the old Circle School building on Long Lake Road near Woodward Ave. in Bloomfield Hills. The firm remained on this site through several building expansions.

The Swansons, married in 1926, were lifelong design partners, and their work encompassed exteriors and interiors of many types: residences, schools, universities, churches, airports, banks and government, industrial, and commercial developments. 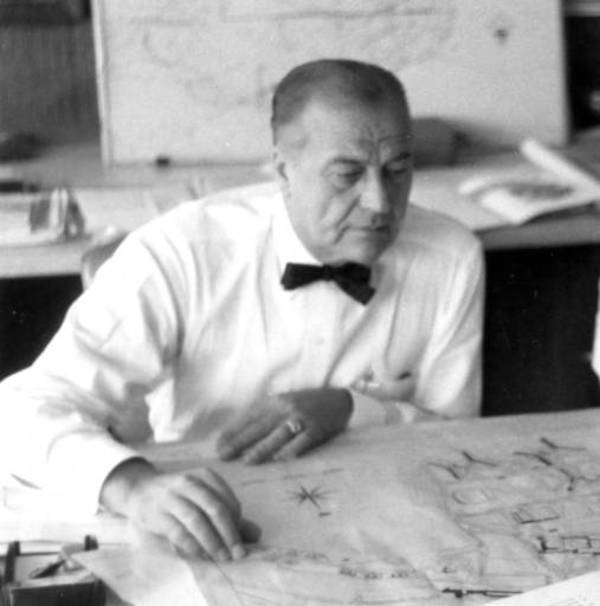