John Eberson was a noted theater architect and is credited with inventing the "atmospheric" style of movie theaters in the early 1920s. These theaters would transport patrons to another world, usually in an exotic outdoor setting create a sort of indoor courtyard. They often featured ceilings painted to look like the nighttime sky, complete with stars and clouds. Eberson's firm was responsible for nearly 100 atmospheric theaters by the end of the 1920s, including the Grand Riviera in Detroit.

Eberson earned the nickname "Opera House John" because of the number of theaters he designed. His son Drew Eberson also became a theater architect, and the two Ebersons practiced together from 1926 until John Eberson's death in 1954. In later years, Drew Eberson renovated many of the playhouses originally designed by his father. 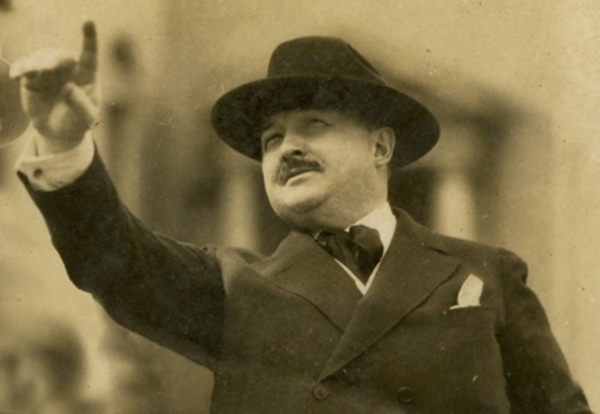