John Latham Volk was born in Graz, Austria, in 1901 and came to the United States in 1909. He attended Columbia University's school of architecture, apprenticed with several firms in New York, and began practicing architecture in Palm Beach, Fla., in 1925, when he established a land development company with Frank D. Craig and John S. Stevens.

In 1926, he set up his architectural firm, partnering with Gustav Maass until 1935. Volk became one of the architects (along with Mizner, Fatio and Howard and Wyeth) contributing to the Palm Beach area's signature style. Volk's early projects were designed in the Mediterranean Revival style, but he was more reserved in his use of ornamentation. Volk went on to design projects in the West Indian British Colonial style and the Bermudan style and he became known for his Georgian Revival designs.

During World War II, Volk was asked by the United States government to direct wartime construction projects including nine army and navy airports, two housing projects, and several distribution and medical centers. In association with the war Volk's organization converted over 40 hotels to use as hospitals and dorms for the Women's Army Corps. Following the war, Volk returned to his private practice. He designed the St. Petersburg Museum of Fine Arts, the Town Hall and the Royal Poinciana Plaza and Playhouse in Palm Beach. His most innovative development projects included resorts and communities on Andros Island in the Bahamas, and "Ocean Club," a 52-room hotel resort on Paradise Island in the Bahamas. Volk designed over 2,000 buildings during his 60-year career, and his work can be found throughout Florida, across 19 states and on many islands of the Caribbean.

The Volk residential designs had an architectural elegance that became his hallmark and defined the mid-20th century Palm Beach home. John Volk sought to satisfy his clients' needs with a refined esthetic he called "elegant simplicity."

"I continued to design homes and planned for elegant living, more and more limited in size and cost," he told the Architectural Digest for its November-December 1972 issue. Huge dining rooms seating 25 guests with large staff attending were eliminated.

"It was a challenge for me. So I began designing British colonial houses that could be built for 45 cents a square foot. The Spanish mansions ... cost about $2 per square foot," he told Architectural Digest.

Residential properties in John Volk' s portfolio included large homes for the Vanderbilt, DuPont, Ford, Dodge and Pulitzer families. One significant element of Volk's work was the use of many windows and large doors to bring gardens and the outdoors inside the homes. Also very important to Volk were graceful stairways. In 1930, Volk introduced the white tile roof, together with green shutters and balconies, to Palm Beach, Fla. His first in this style was a house named "The Plantation," and it became a symbol for the carefree, relaxed elegant lifestyle that was synonymous with Palm Beach. Its British Colonial style also had derivations that represented Jamaica, the Bahamas, the West Indies, the Far East and other British colonies. In 1935, Volk built his own home in a Bermudan form of the British Colonial style in Palm Beach. Volk's architecture helped create and define Palm Beach, and it was stated that his work can be found on nearly every street of the city. Many of his buildings are locally landmarked and listed in the National Register of Historic Places.

Volk was married twice and had a son, John K. Volk.

In addition to his practice, he served in many civic capacities including the board of directors for the Graham Eckes School in Palm Beach, as a charter member of the Landmarks Preservation Commission in Palm Beach and as a founder of the Palm Beach Civic Association, as well as numerous social and arts organizations.

He died of cancer at age 82 in Freeport, the Bahamas.

After Volk's death, a foundation was created in his honor, and a large monograph of his work was published. 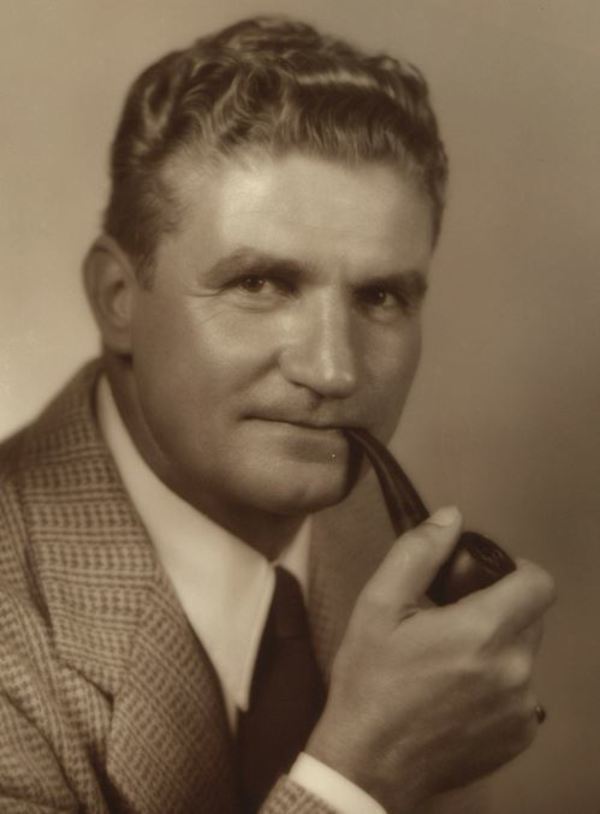