He was born in Jonesville, Mich., on Jan. 4, 1869, and was the son of architect and builder Hiram Whiting Tuller. In 1832, when he was 17 years old, his parents moved to Michigan from New York. Lew Tuller moved to Detroit after school and followed in his father's footsteps in the building trade.

U.S. Sen. Thomas W. Palmer – one of the more significant figures in Detroit history and the man who gave the city the land for Palmer Park – loaned Tuller money to get his contracting business started in 1894. Tuller would build three apartment buildings: the Saragossa (on Woodward), the Valencia (Woodward and Lothrop) and the Witherell (Jefferson and McDougall). And then, opportunity came knocking once again.

At the turn of the 20th century, "all Detroit felt the city was sorely in need of added hotel accommodations," Pipp's Magazine wrote in March 1926, and Tuller "could see the future of Detroit, had faith in its development and felt sure there would be plenty of business for a new hotel, but every dollar he had was tied up in his apartments and he owed some on them besides."

"I did not have to put a dollar of my own money into it until a year after it was finished, when I could make a turn on some of my apartments besides getting some of the income from the hotel," Tuller told Pipp's.

It was a risk, as the area was a rather swampy, undesirable location up until that point. It was far away from the 1906 Detroit business district, and many ridiculed his move. Tuller got the last laugh.

"Within years, more and more Detroiters who wanted to live modern got out of their Fords and jogged to the Tuller for a big night on the town," the Free Press wrote in January 1959. Tuller's hotel would become known as "the Grand Dame of Grand Circus Park" and the property would become the heart of the hotel district.

"People told me I was crazy to consider building a hotel so far out of the center of things, but I felt the offer was so liberal that a young man could afford to take the chance," Tuller would later say.

At nine stories, the Tuller Hotel was said to be the tallest concrete building in the nation at the time. When Tuller couldn't find a hotelier to lease his new hotel, he opened it and ran it himself. The European-plan hotel was advertised as being fireproof and "a delightful home in the summer" in the "center of business."

The hotel made the boy from Jonesville a household name. Out-of-towners boasted that they had stayed at the Tuller during trips to Detroit, and it was said that mail from distant parts that was addressed to residents at the Hotel Tuller without any city indicated would still reach guests.

The Tuller Hotel's success brought visions of a hotel empire on Park Avenue in Detroit like that on Park Avenue in New York. Lew Tuller gambled again. He hired architect Louis Kamper to design three large residential hotels north of Grand Circus Park, all 13 stories: the 156-room Eddystone at Park Avenue and Sproat, which opened in December 1924; the 250-room Park Avenue, which opened in 1925 next door to the Eddystone; and the 180-room Royal Palms at Park and Montcalm, which also opened in 1925. The three hotels cost Tuller between $6 million and $8 million, $76.5 million to $102 million today, when adjusted for inflation. They were all built within a year and gave Lew Tuller more than 1,375 rooms in the city. Combined, the four hotels were worth $12 million in 1926, more than $144 million today. In 20 years, Tuller estimated that the land on which the Tuller Hotel sat had increased in value 30 times what he paid.

"I could see a great big, prosperous, growing Detroit plainer in the last six months than ever before," Tuller told Pipp's Magazine in March 1926. "You cannot help but feel that Detroit is going to hum."

But Detroit was humming too much: the city added more than 20 hotels between 1923 and 1926. Like many Detroiters enjoying the boom times, Tuller had overreached himself. The steep rise in competition led Tuller's three new hotels to struggle, and, combined with a series of unsuccessful real estate speculation in Florida and the onset of the Depression, Tuller went broke. The Tuller Hotel remained successful for a time and supported his other hotels, but he lost them one by one. Foreclosure proceedings began in March 1928 on the Eddystone and the Royal Palms.

In October 1927, Tuller's most prized possession would enter receivership, too. The only problem was that Tuller was in hiding. The Free Press reported at the time that "constables never have been able to reach Tuller, and he endeavored to have the action quashed on the grounds that he never has been properly served." Eventually, the courts had enough of his games, however, and took the Hotel Tuller anyway.

Tuller became a Christian Scientist after being in poor health for many years "and all efforts to regain his normal condition failed through the ordinary channels," Clarence M. Burton wrote in his definitive "The City of Detroit, Michigan." "Having heard much concerning the good that had been done through Christian Science, he took up its teachings and it seems that a miracle has come to pass in that he has steadily improved in health until he is today in excellent physical condition."

Lew Tuller died Jan. 5, 1957, one day after his 88th birthday, at St. Joseph's Mercy Hospital in Pontiac, Mich. His body was cremated.

"If the panic hadn't come, he would have been one of the greatest hotel men in the country," Tuller's attorney, Edward N. Barnard, told the Free Press at the time of his death, referring to the Great Depression.

Tuller was "a public-spirited citizen, charitable and kindly, and in all matters that pertain to the public welfare he gives his earnest support and endorsement," Burton wrote. "His life illustrates what can be accomplished through individual effort." 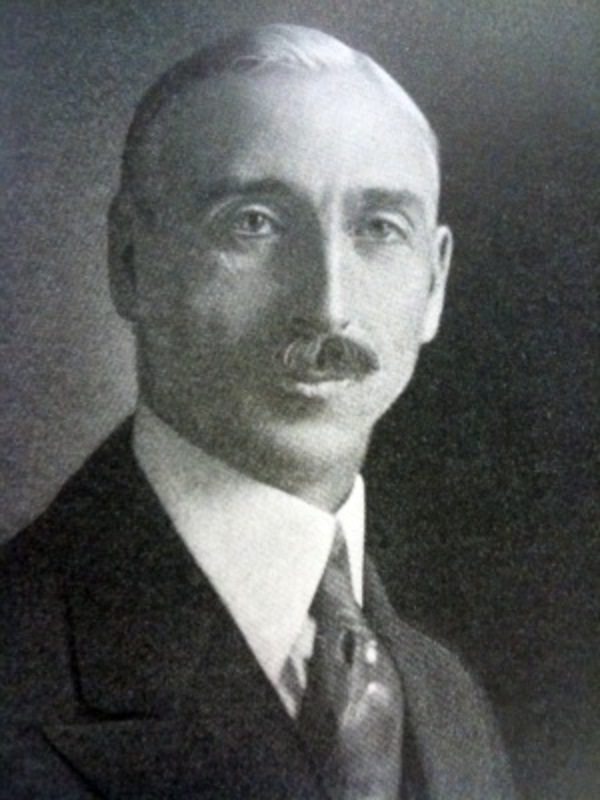