By City of Detroit Historic District Advisory Board

Nathan Johnson was an African American architect who broke new ground by opening his own architectural office in Detroit during the height of the civil rights challenges of the mid-1950s.

Johnson was born in 1925 to parents who valued education and faith. He was raised in the small town of Herington, Kan., and showed artistic talent at a young age. He was encouraged to pursue a career in architecture by a white teacher when, in the eighth grade, she shared with him a magazine photograph of Paul Revere Williams, an architect from California who was the first licensed African-American architect west of the Mississippi (1921) and the first African-American member of the American Institute of Architects. According to an article about Johnson in the Detroit Free Press by June Brown, “She showed him [Johnson] the relationship between his own artistic talent and the science of architecture and taught him that racial barriers are weak when talent and courage are strong.”

After high school, Johnson spent three and one-half years in the Navy. In 1950, he came to Detroit with an architectural degree from Kansas State University. Two years earlier, he had visited Detroit for a convention of his fraternity, Kappa Alpha Psi, and while there met Don White, graduate of University of Michigan and the state’s first registered black architect. After attempting to find work with large white firms in Kansas, Johnson was rebuffed in his efforts for lack of experience. With no opportunity to gain that experience, he returned to Detroit and landed employment with White and Griffin as a draftsman and later office manager. White and Griffin (Francis) employed and mentored other young black designers, among them Howard Sims. The office closed in 1954 when its two partners went to Africa to work with the Liberian government. Johnson subsequently worked with Harold H. Fisher and Victor Gruen & Associates, the latter the developer of shopping centers nationwide, including Northland and Eastland regional shopping malls.

Johnson established his own firm in 1956 after working on some of Detroit’s biggest suburban churches while on other architects’ staffs. Initially, Johnson operated out of the basement of his home and depended on the African-American community for jobs, which tended to be small, requiring not much artistry and creativity. Among them were the first job on his own, Pure in Heart Baptist Church at Holcomb and Goethe, which resembled a small box with a glass front, and House of Diggs Funeral Chapel (1957).

For larger projects, he found opportunities limited because of his color, and was relegated to taking secondary positions along with larger white firms. When he was able to move out of his home office to 2512 W. Grand Blvd., Johnson purchased the building but couldn't get more than a $20,000 loan. He had to pay cash to fix it up and did a lot of the work himself, including roofing and laying tile.

Within his own practice, Johnson developed a modernist sensibility in thought and design. “We don’t go in much for symbolism,” he said of his firm’s design aesthetic. “So often symbolism says more than the person can grasp and becomes mere decoration.” His churches, although mostly located in the inner city and built on shoe string budgets, opened up onto sidewalks and displayed modern, easy-to-use materials — St. Clement Episcopal Church in Inkster was round in plan with altar in the center overlooking courtyards; Grace Episcopal Church, 12th and Virginia Park, had a hexagonal chapel; and the tabernacle-shaped Church of Christ of Conant Gardens, 18480 Conant, had a roof of pre-cast wood fiber compressed and clapped together every 4 feet.

The Second Baptist Church addition at 441 Monroe (1967) was Johnson’s first large commission and one of his most well-known design projects. The $625,000 education unit featured an open, sheltered rooftop garden with a floating roof.

Johnson became the Detroit Board of Education's first appointed African-American architect in 1965 when he was approved as architect for an addition to Angell School. More commissions from Detroit’s school board came his way, including Breithaupt Career and Technical Center and an addition to Redford High School, The public school system was adapting to a standardized building unit system in the early 1970s and Johnson was awarded the contract for an addition to Sherrard School as part of a four school pilot program using the new method. He served on an advisory board to the Board of Education and his work on school buildings increased as more African Americans moved into positions of power in Detroit. He worked for other area districts, as well.

In 1989, Nathan Johnson & Associates sued Smith, Hinchman & Grylls unsuccessfully over his reduced role in the Veterans Administration Hospital project. Nathan Johnson & Associates had anywhere from two to 40 employees during its long practice, which wound down around the year 2000. Johnson achieved success locally as a modernist architect and deserves to be recognized for his contribution to Modern architecture in the Detroit area.

Examples of his many and diverse commissions are:

Church of the Resurrection, Ecorse, 1962

You can learn more about Johnson in this article from the Detroit News. 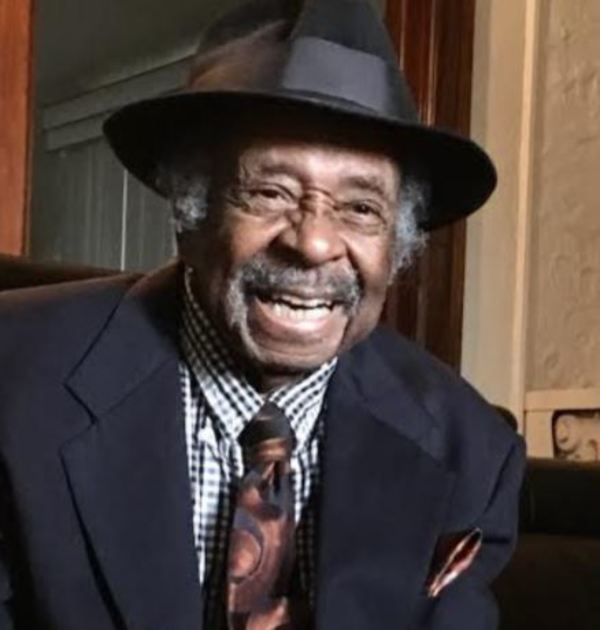