By Blake McDonald for HistoricDetroit.org

Today, Suren Pilafian is remembered only in the bylines of Detroit’s history. Through the 1940s and 50s, however, the architect played an essential role in the development of the city’s cultural center.

Suren Pilafian was born on July 20, 1910, to an Armenian family in Izmir, Turkey. The Pilafians appear to have immigrated to the New York when Suren was an infant, likely to escape the genocide that decimated the Armenian population during the collapse of the Ottoman Empire.

As a child and young adult, Pilafian was a strong student, winning several awards and scholarships. Over the following years, this academic aptitude gained Pilafian entrée to some of the premier institutions and design firms in the country. At age eighteen, Pilafian began working as a draftsman with Cass Gilbert. Gilbert was a highly respected and renowned figure; the aging statesman of the cultural renaissance that transformed America in the first decades of the twentieth century. At the time that Pilafian joined the office, Gilbert’s New York Life Building in Manhattan had just opened. Within the year, the firm would be hired to design the United States Supreme Court Building in Washington, D.C., which was completed in 1935.

Pilafian remained in Gilbert’s office for seven years, during which time he pursued night courses in design at the Pratt Institute at Columbia University, the Beaux Arts Institute of Design, and New York University. In 1935, Pilafian participated in a design competition for a national stock exchange building in Tehran, Iran. The architect was awarded the commission, and spent the following two years in Tehran, where he also designed the Noshahr Branch Bank. These two buildings were likely Pilafian’s first independent works.

Upon his return from Iran, records indicate that Pilafian began preparations to establish his own firm. He gained two professional licenses to practice architecture, first in New York and then in Michigan. While doing so, Pilafian also held several short-term positions, initially in the office of futurist industrial designer Norman Bel Geddes, then in the Federal Works Agency, and finally in the prestigious New York firm of Shreve, Lamb, and Harmon.

In 1942, Pilafian left Shreve, Lamb, and Harmon, moved to Detroit, and officially launched his own practice. The motive for this change lay in yet another winning entry in a design competition, but for a project that greatly overshadowed any of the architect’s previous work: Wayne University’s campus master plan.

In the years following the Great Depression, Wayne University’s enrollment increased rapidly. This growth strained the institution’s already aging facilities and made clear the need for a significant physical expansion. To remedy this problem, the administration purchased several residential blocks to the west of Old Main. To manage these new acquisitions, the Detroit Board of Education voted in 1942 to organize an exhibition in which architects could submit proposals for a new campus. Pilafian’s winning entry featured a compact arrangement of rectangular and L-shaped structures in two rows partitioned by a central green and paved court. The western end of the campus was capped by a massive classroom building spanning the width of the site. In both layout and appearance, Pilafian’s proposal was highly reminiscent of Mies Van der Rohe’s 1941 campus plan for the Illinois Institute of Technology in Chicago. For over a decade after the competition, Pilafian served as Wayne University’s campus architect and oversaw the construction of State Hall (1948), the College of Engineering (1949), the Alumni House and President’s Apartment, the Community Arts Center and Music Building (1957), and the Purdy and Kresge Libraries (1963). In form, these buildings maintained a firmly Modernist aesthetic emulating the pre-World War II German Bauhaus School. The campus plan, however, evolved from the strictly axial composition to a more spacious and park-like layout as the University continued to buy portions of the surrounding neighborhood. Minoru Yamasaki, who replaced Pilafian as the campus architect in the late 1950s, revised this scheme to produce the pedestrian mall and courtyards that define the university’s grounds to this day.

Through his highly publicized work on the Wayne University campus, Pilafian gained many commissions in Detroit and the surrounding communities. In the mid-1950s, his firm published a prospectus detailing the Wayne campus buildings, as well as a substantial renovation to the Detroit Institute of Arts, numerous storefronts in Hamtramck and several office buildings. Also described were several unbuilt proposals, the most impressive of which was a sprawling civic center planned for Detroit’s waterfront dating to Pilafian’s brief tenure on the executive committee of Detroit’s City Plan Commission. Contemporary works by the architect not listed in this catalog included St. John’s Armenian Church and Cultural Hall in Birmingham, the Northwest Unitarian Universalist Church in Southfield and the International Institute of Metropolitan Detroit.

By 1970, Suren Pilafian had closed his practice and taken a position as a head designer with Albert Kahn Associates, where he worked until shortly before his death on Aug. 5, 1988. 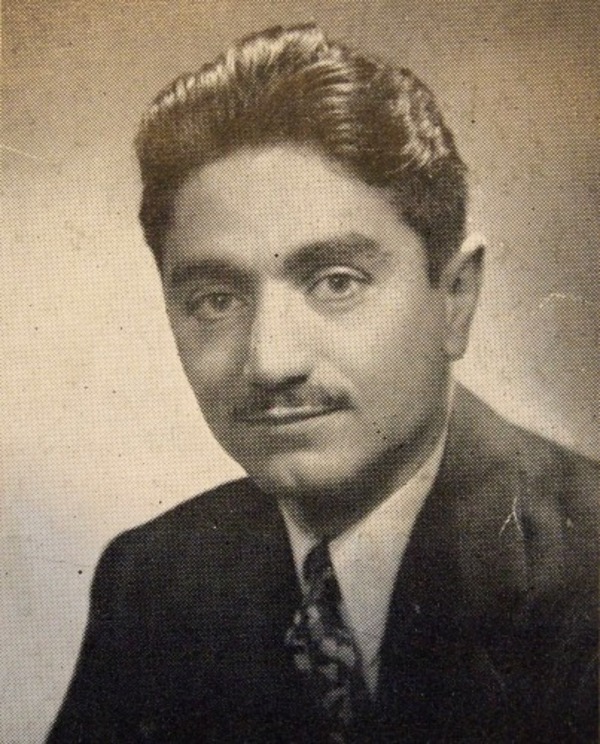