Walter Crane Chaffee was born in Detroit on Sept. 19, 1875, and graduated from Central High School and the Massachusetts Institute of Technology.

He was one of the principals of the firm Bonnah & Chaffee, which designed the Farwell Building, Cadillac Tower, Indian Village Manor and several Detroit Public Schools buildings.

He died at his home at 543 Greenwood in the Detroit suburb of Birmingham in Jan. 19, 1945 following a long illness.

He was survived by his wife, Lottie Coffin Chaffee; three sons, Walter, Edward and Donald; and three brothers.

He is buried in Elmwood Cemetery in Detroit, Lot 103 Section G. 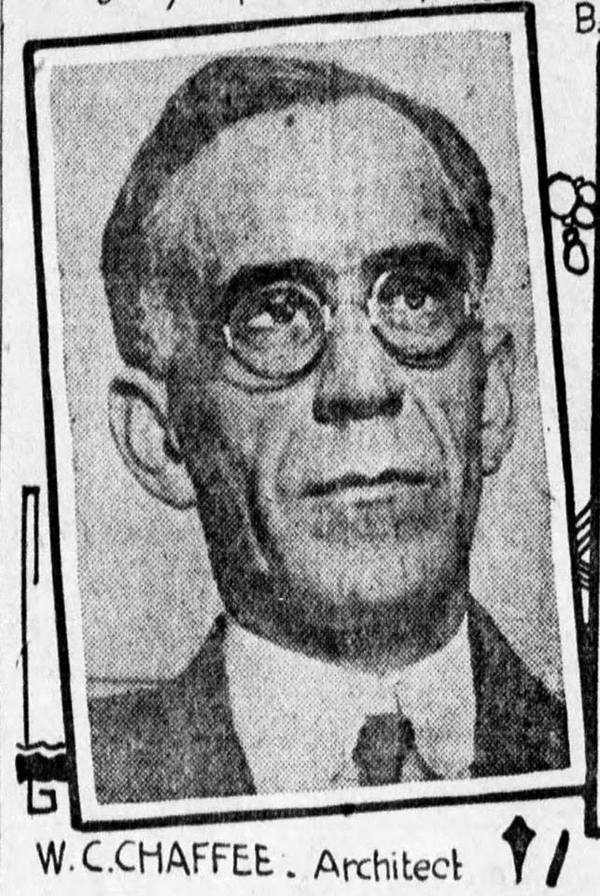