The Charles Warren Pickell House was built in 1895 for a prominent and widely known insurance agent. Designed in the Colonial Revival style and done by contractors Tuller & Van Husan, it is one of the older surviving houses in the Virginia Park neighborhood.

Pickell was born in New York and moved to Michigan at an early age. He had graduated from Michigan State Normal College in Ypsilanti, Mich., in 1879. After college, he principal of the Public Schools at Middleville and Bronson, Mich., until 1881.

Pickell wrote more than $15 million worth of insurance during his lifetime. He also penned several books, including "Plain Hints" (known as "the insurance men's bible."

His home was one of three built on the first block of Virginia Park by Tuller & Van Husan. Lew Tuller would go on to become one of Detroit's most prominent hoteliers with four properties downtown. Its estimated cost was $18,000.

The National Register of Historic Places nomination form notes the home's central feature "is the large Colonial Revival three-quarter circular porch with Ionic columns. The wooden portico has a modillioned cornice, leaded glass sidelights surrounded by thin fluted pilasters, and a transom window above the door surround the entranceway.

"Every fourth course of brick on the first story is recessed, creating a rusticated appearance. The two sash windows per bay share a common stone sill. Quoins of brick and a central Paladian window arrangement accentuate the upper story. A gable with a porthole-type window intersects with the flat-topped hipped roof over each of the end bays. A denticulated cornice caps the facade, and a dormer with Adamesque detailing and a swan's neck pediment projects over the central bay." 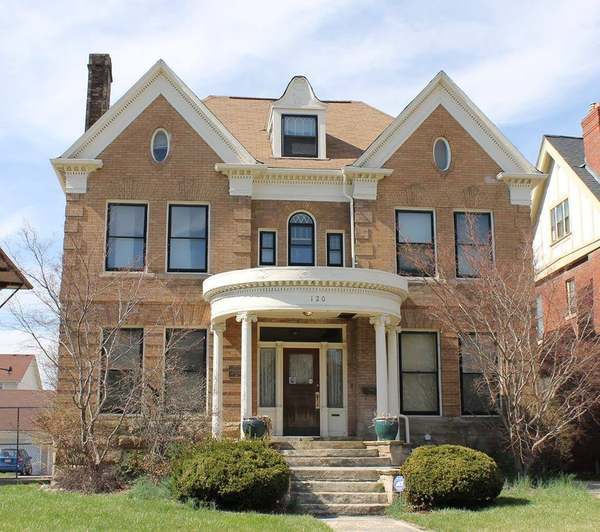