The Levi L. Barbour Memorial Fountain, designed by sculptor Marshall Fredericks and dedicated June 25, 1937, stands in front of the Anna Scripps Whitcomb Conservatory. Barbour was an industrialist who pushed for Detroit acquiring Belle Isle, and left money to the City to erect a monument in his honor "in order to inspire others to be charitable."

The Barbour Fountain is notable for being Fredericks' first commission, which he won in a design competition. It launched his career as a sculptor of public monuments, such as "The Spirit of Detroit." 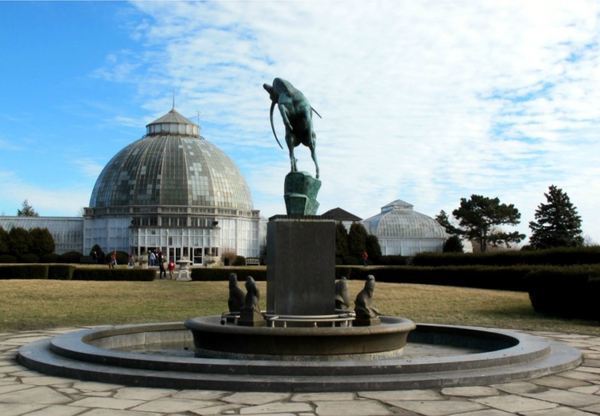