The theater was built within the shell of the Central or Scotch Presbyterian church, which had been dedicated Nov. 5, 1871, and stood on the northeast corner of Bates and Farmer streets. This is why the building's exterior had a steep gable roof, and if you look close enough, you can see how the facade was once a church. It also led to the theater's pipe organ being housed in the high rear gallery instead of the sides of the stage or screen, as usually found in theaters.

Its conversion was done for J.H. Kunksy's chain of theaters. The remodel was estimated to cost about $50,000. The main entrance was moved to the north end on the Farmer Street side. The Liberty opened with more than 700 seats on Sept. 15, 1913. It closed in 1926 and was demolished. 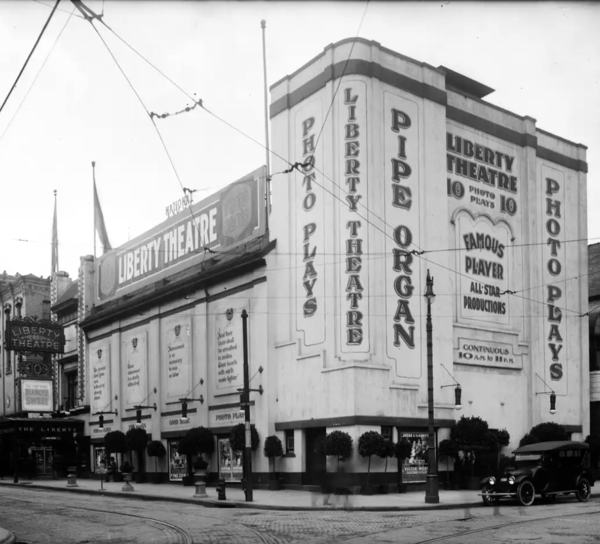