The Miles Theatre was once one of Detroit's top Vaudeville theaters. The 2,000-seat theater opened May 15, 1910, on Griswold Street, just north of State Street. It was designed by the architectural firm Kees & Colburn of Minneapolis, with Detroit's George D. Mason serving as supervising architect on the project.

In the theater's first decade, Detroit's entertainment options were rather slim, and the theater was a rival to top houses such as the Temple and the nearby Garrick Theatre. But the Roaring Twenties saw massive new theaters and motion pictures arrive in town, and Vaudeville quickly fell out of fashion - and the Miles went out of business. Its final night was Nov. 28, 1927.

The theater was demolished about May 1928 to make way for the Albert Kahn-designed Griswold Building, which still occupies the site today. 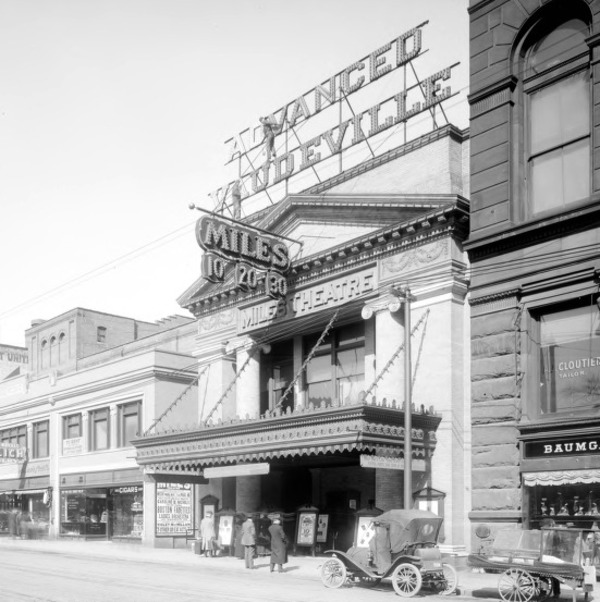