The Shubert helped usher in a new age of entertainment palaces in Detroit. It was located on the southeast corner of Shelby and Lafayette streets, across from the Lafayette Building. The theater first opened as the Orpheum in 1914, but changed its name several times over the years, including to reflect the street on which it was located.

The theater contained elaborate architecture throughout and had murals by Maxwell Parrish. Designed by Smith, Hinchman and Grylls, it was almost as beautiful on the outside, faced with tapestry brick and trimmed with Renaissance details in cream terra cotta. In 1925, owner Edward D. Stair -- who also was publisher of the Detroit Free Press -- had the interior completely remodeled in a grand manner.

The Shubert-Lafayette was a legitimate theater, meaning it did professional drama and some forms of musical comedy.

Last operated as the Shubert-Lafayette, it was demolished in the summer of 1964.

Today the site is a parking garage for employees of the Dime Building. 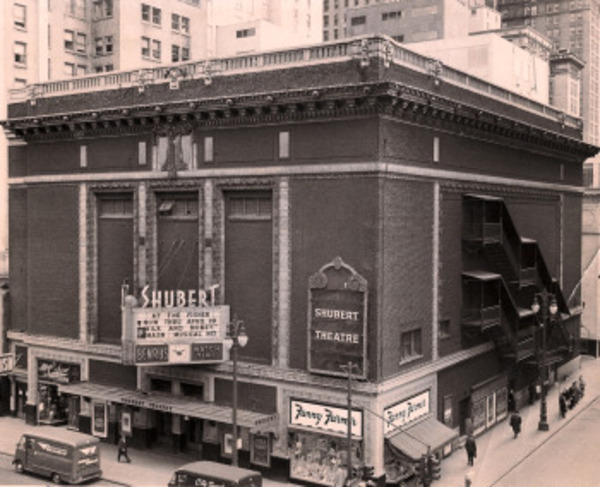