The Detroit Yacht Club has had five homes since being formed shortly after the Civil War, but it is its current home that gives it the largest yacht club clubhouse in the United States.

There were earlier yacht clubs in the city, including the Peninsular Yacht Club, which was founded in 1858 or 1859 as the first yacht club in Detroit. That was followed by the International Yacht Club in 1867 or 1873 (sources disagree), which lasted until 1877. The pre-motor Motor City was in need of a new club to fill that gap.

The DYC was organized on May 30, 1878. Samuel Cowan was named commodore; C.W. Ives vice-commodore; O.W. Baker president; E.H. Telfer vice president; George Newberry secretary; and S.H. Ives treasurer. The officers decided to celebrate by holding a regatta on the Detroit River that July 4 (though the event was delayed by a day on account of weather).

"This club is composed of the best yachtmen in Detroit and vicinity, and is a happy combination of experience, as represented by the older members, and enthusiasm and energy as shown by the younger sailors," the Detroit Free Press wrote July 6, 1870, while covering that first regatta.

A small clubhouse and sailing shed were built at the foot of McDougall Street just south of Jefferson Avenue in the late 1870s.

But with Detroit's growing wealth came a growing membership in the DYC, and an even bigger facility was needed. The present, villa-style clubhouse opened in 1923 at a cost of $1 million (about $12 million in today's money). Its design was entrusted to George D. Mason, the same man who built the Grand Hotel on Mackinac Island and the Masonic Temple, Gem Theatre and several churches in Detroit. Mason also is considered the mentor of legendary architect Albert Kahn.

By the year after the new clubhouse had opened, membership in the club had reached 3,000, and racing legend Gar Wood brought attention to the DYC by setting world speed records and by winning Gold Cups.

Hit hard by the Depression, the DYC bounced back and underwent several expansions in the 1950s and '60s, including new docks that boosted the number of boat wells to more than 350. 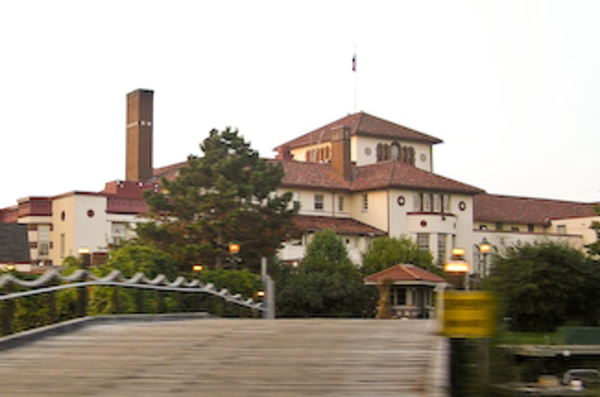