The Great Lakes steamships of the early 20th Century were floating palaces, and the man behind that glitz and glamour was Louis O. Keil.

His studio was located at what is now 1564 Woodward Ave. He headed the firm Louis O. Keil & Son and was also president of the Edward F. Lee Glass Co..

Writing about his work on the steamer “City of Cleveland III,” the Detroit Free Press’ May 31, 1908, edition called Keil a “Detroit genius.”

The article continued, providing some insight into the meticulousness and hands-on approach that Keil put into his design work:

“Every panel in the new ship is of Mr. Keil’s own selection. Standing in the saw mill at Astoria, Long Island, he had log after log hauled into the mill, sawed asunder, and if its nature, color and lines pleased him, it was selected. Almost 3,000 miles did he travel in quest of various kinds of wood, nor did he rest until he found just what his mind had pictured to him in his dreams. There is not a choice board or panel in the boat that was not subjected to his critical eye, and there is not a curve or figure in the furnishings, balusters, balustrades, fixtures and staircases which his had has not designed. … The ‘City of Cleveland’ is the realization of years of patient study and thought, a perfect and finished poem of beauty, and Mr. Keil may look upon it as the crowning achievement of his artistic mind. … He has contributed to the world a new symphony written in wood and silk and color and steel.”

Keil was a successful but “quiet, unassuming man,” the Free Press continued. “His talent reaches its fullest expression in the artistic and luxurious interior designs of woodwork, decorations and furnishings of many cabins and saloons of the magnificent array of passenger steamboats and many private pleasure yachts that today proudly plow through the crystal waters of the Great Lakes, as well as of the Hudson River.”

To understand the importance of Keil's work in crafting the boats hundreds of thousands of people traveled on over the decades, the 1908 Free Press article on the "City of Cleveland III" gave more context to the blank canvases Keil was handed to outfit:

“When the boat leaves the shipyards, a huge bulk of steel girders surrounded by steel plate, Mr. Keil’s real task begins. Taking up the plans of the structural work and the general divisions of lobby, offices, saloons, dining room, buffet, staterooms, staircases, parlors, etc., it becomes his duty not only to fill in the woodwork, but to design the style in which each shall be fashioned, beginning with the selection of the wood, the colors of the rooms, the design of every panel, every piece of furniture, the stairways, the carpets, the dishes in the dining room, the cabinets for silver and glassware, the lamps and lighting scheme, down to the diminutive borders of the curtains and the hanging of the drapery. All must be in perfect harmony, and one idea must be discernible from the lobby to the upper deck. … The designer must know all the characteristics of the Marie Antoinette and the Louis XVI style, as well as the Flemish Renaissance and the Old Colonial. He must know the nature of every species of wood, the composition and character of minerals, the quality of textiles, and all the grades and kinds of carpets. It is the interior designer who must, so to speak, cover the body with clothes and ornaments. It is he who gives the ship its style and finish.

"In this work Mr. Keil holds a unique and independent position, for his art cannot be acquired from books or training; it must be born as must the talent of the musician. It can be done only by one who is able to take from the storehouse of nature’s glories and blend and melt colors into a grand melody of hues.”

On Sept. 5, 1918, Keil died at age 56, just shy of his 57th birthday. He was "stricken by a heart malady while at the dinner table in his home" at what was then 281 Cadillac Ave. (present-day 1331 Cadillac Ave.) Keil had been in poor health for some months prior. He was interred at Forest Lawn Cemetery on Van Dyke Avenue in Detroit. His home still stands today. 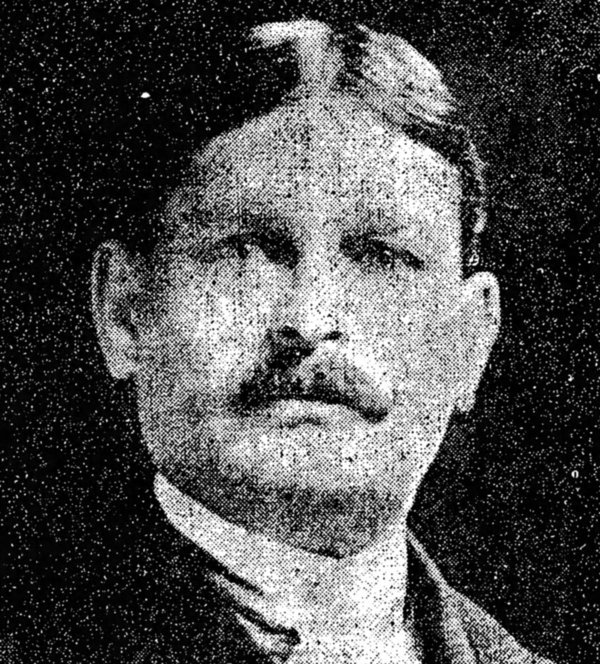